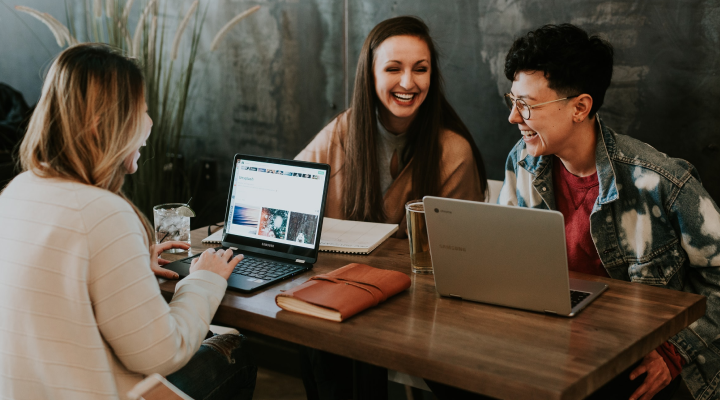 We are Creatuity and we implement Magento for clients in the United States. Our mission is to deliver best solutions based on Magento framework.

10 years and 400+ Magento builds make us the leading developer of e-commerce solutions worldwide and one of the largest teams of Magento 2 Certified Professionals of any Magento Enterprise solutions partner.

We wrote the book on migration

We have an in-house set of custom migration tools that allow unlimited migration pathways. We can migrate your site faster and with fewer errors than any other specialist in the US.

Integration is our speciality

Discover the advantages of integrating your e-commerce platform with back-end applications that provide business intelligence and order management to help quickly scale up revenue and automate processes.

From CRM to ERP, extensions to marketplace solutions, extend your Magento platform as you wish.

Looking to enhance your platform to meet the growing expectations of your client-base? Today’s customers expect a seamless omnichannel experience from online ordering to pick up in store.

Creatuity’s CEO is an active member of the global Adobe ecosystem and assures the company is positioned to accelerate the digital growth of our clients. Follow our news and events area to learn more.

Creatuity was started from passion for software development and ecommerce. Our founders - Josh and Wiktor - had been writing code since they were around 10 years old and we have been working with Magento since its beta version.

Josh founded Creatuity in 2008 as a solopreneur and in 2010 joined forces with his wife Jenna who brought ecommerce experience to the table and the employee number one - Wiktor Jarka - and they decided to focus solely on ecommerce and Magento going forward.

For the first year, Creatuity operated as a fully remote company and then opened their first offices in Richardson, Texas and Poznań, Poland at the end of the year while the team grew quickly from just three people to more than 20 employees in less than 9 months.

In 2017, Creatuity opened another office in Poland located in Szczecin to accommodate its further expansion.

Our focus on Magento allowed us to contribute to the platform and was rewarded multiple times in our history:

We continue our growth and focus on Magento platform and we are looking forward to working with people like you.

We are accountable for the results of our actions and inactions, and the impact they have on others.

We give back - both via charity and open source contributions. We learn from & contribute to best practices.

We take initiative to bring about positive results. We find clever ways to overcome difficulties in an efficient and effective way. We ask for help from outside of the company.

We keep the success of the client's business and the happiness of their customers as the focus of all we do, treating all internal and external clients with respect.

We are honest with ourselves and with others, we follow our values, we treat people with respect and our words, actions and values are consistent with one another.

We are honest with ourselves and with others, we follow our values, we treat people with respect and our words, actions and values are consistent with one another.

Why join our team

Here are six reasons to consider

Ask for help, give and get feedback, set up goals and develop your skills.

Opportunities for professional development, a promotion and a pay rise.

Working with experienced staff, managers who care about employees.

Get things done - from home or an office.

Pick your conference or training of choice to learn.

Rich knowledge base, we will teach you Magento.